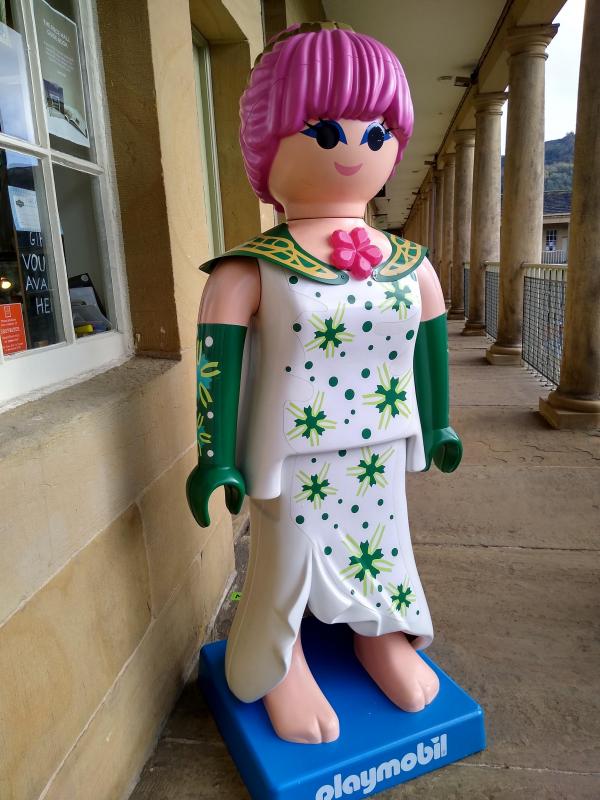 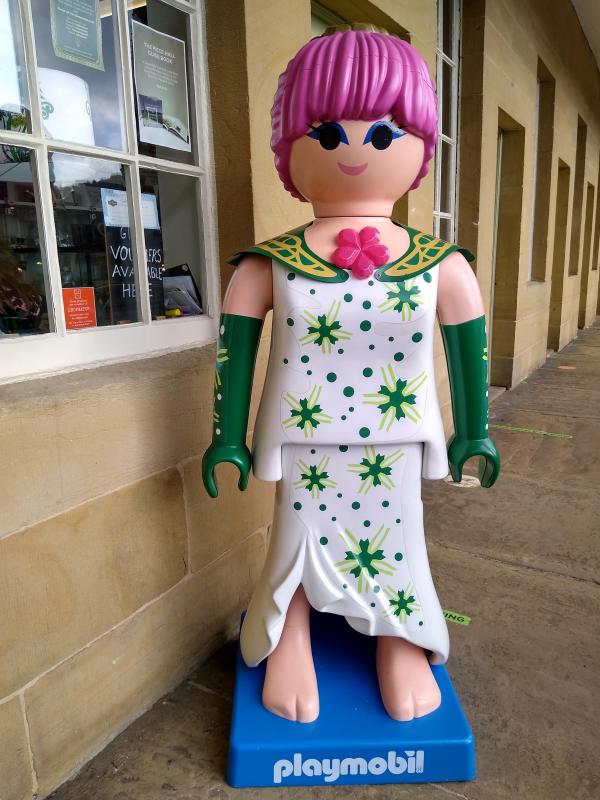 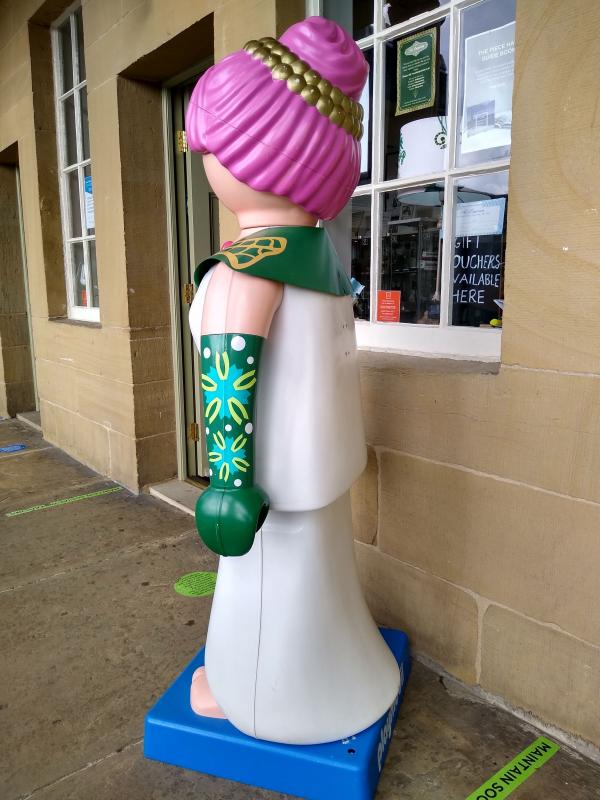 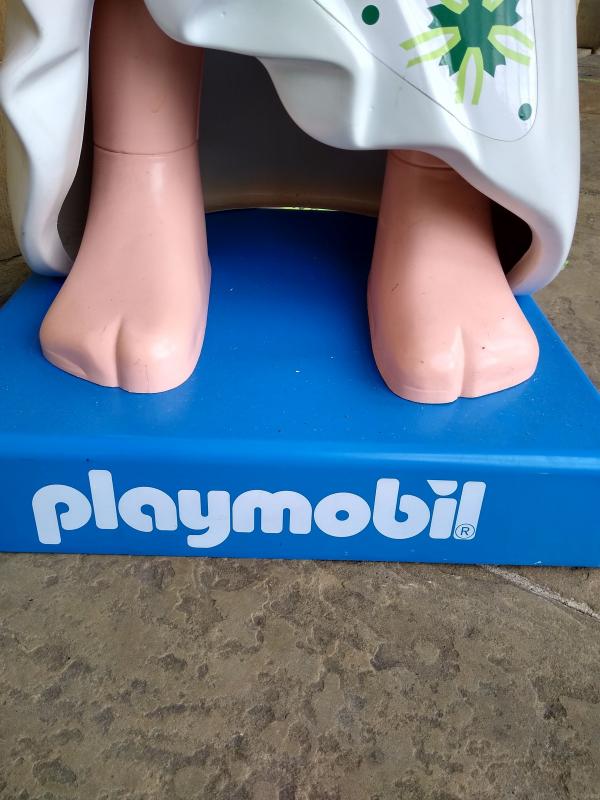 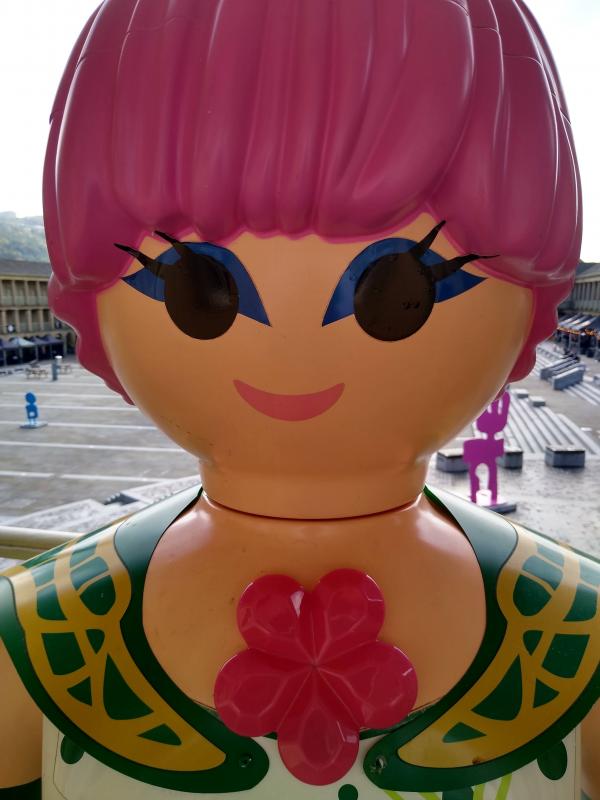 Never let it be said that here at Al's Emporium we don't bring you one-off and unique pieces! This is "Gem" (we've called her that as her hair looks like an iced gem!) She was created to promote the 40th anniversary of Playmobil in 2014 where favourite and popular characters from the decades gone by were recreated in lifesize giant proportions. We believe that 40 were produced for every year of Playmobil and this is one of them. We've researched the history of "Gem" and she was taken to various sites around Europe for promotional purposes, one of which was the Tower of London. She ended up at Playmobil Fun Park in Germany where she was eventually sold off. We think that "Gem" would have had wings at some point (looking at the photos online that appeared in the Daily Mirror back in 2014). Perfect for promotional purposes in a shop or photo shoot or would look amazing as a statement/design piece in a home or man-cave. "Gem" is in good condition - some scuffs here and there but no breaks to the plastic. Her head and arms move too just like with a Playmobil small figure. It's a total one-off - where would you find another! W: (measured at the widest part which is the base) 29" (73.5cm); H: 64 1/2" (164cm); D: (including base) 22" (56cm); THIS ITEM CAN BE COLLECTED/VIEWED AT OUR SHOP IN THE PIECE HALL. CAN ALSO BE SENT OUT UK WIDE VIA COURIER (USUALLY £40-£60 WITH SOME REGIONAL EXCEPTIONS) & PLEASE CONTACT US FOR A QUOTE PRIOR TO PURCHASE. LOCAL DELIVERY CAN ALSO BE ARRANGED.